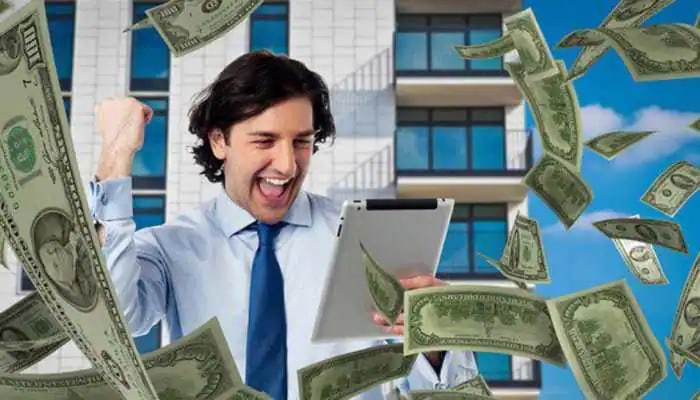 When Locklear scanned the tickets, he discovered he had won $600 in prize money. To his utter surprise, Locklear found out he has won the prize of $585,949 dollars.
New Delhi: After going to collect a lottery reward of $600 (approximately Rs 46,000), a guy in the United States was taken aback when the jackpot was instead $600,000.
Joshua Locklear, 32, of Pembroke, North Carolina, bought a $10 lottery ticket at a local shop and discovered that the jackpot had risen to $585,949 dollars (around Rs 4.5 crore). Read More: Elon Musk takes a dig at YouTube for ads, netizens react
When Locklear scanned the tickets, he discovered he had won $600 in prize money. He then proceeded to the lottery headquarters to claim his win, when he was greeted with an unexpected surprise. Locklear has won the prize of $585,949 dollars. Read More: ‘High Risk’ warning! Centre issues alert for Chrome OS, Mozilla Firefox users, check details
Locklear couldn’t believe his eyes when he saw the big win. “When I heard, I thought to myself, ‘There’s no way I actually won the jackpot,'” Locklear said. The lucky man went on to say that he had not expected to win and was overjoyed to receive the sum.
He now intends to utilize the funds to purchase a home and a car. He was very adamant about giving back to the community.
A South Carolina citizen won $2 million (approximately Rs 15.5 crore) using a lottery ticket in a similar scenario last month. Apparently, he had no intention of purchasing the ticket at all. The lucky victor was on his way to a convenience store to get his normal groceries and milk.
As he approached the store, he noticed a ticket counter and decided to buy a lottery ticket along with the milk.
When the lottery’s lucky numbers were published the next morning, the guy discovered he had matched all five numbers, putting him in the running for the large prize. The original lottery ticket was for a $1 million reward, but the buyer had paid an additional dollar to activate the power play option, which quadrupled the jackpot money. According to the official website of the South Carolina Education Lottery, the chances of winning such a large sum were one in a million.